Curtis Sittenfeld's sparkling debut is set in an American boarding school, a hotbed of privilege, ambition and neurosis, every bit as snobbish and competitive as anything dreamed up on this side of the Atlantic. Lee Fiora is an intelligent, observant fourteen-year-old when her father drops her off at the prestigious Ault School in Massachusetts; she leaves behind her affectionate family in South Bend, Indiana, her head filled with images from the school's glossy brochure, in which boys in sweaters chat in front of old brick buildings, girls hold lacrosse sticks on pristine athletics fields, and everyone sings hymns in chapel.

As Lee soon learns, Ault is quite unlike anything she has previously experienced, a self-enclosed world populated by jaded teenagers whose expectations, values and social rituals are utterly unfamiliar to her. At first an observer of, then a participant in the hyper-vigilant, intricately demarcated life of the school, Lee eventually finds her own place in the pecking order - until a single act of spontaneous folly shatters her carefully honed identity.

Prep is a sharp and lucid portrait of the pain and the excitement of adolescence, and a remorseless dissection of privilege and class in the cradle of the American establishment. 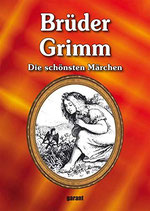